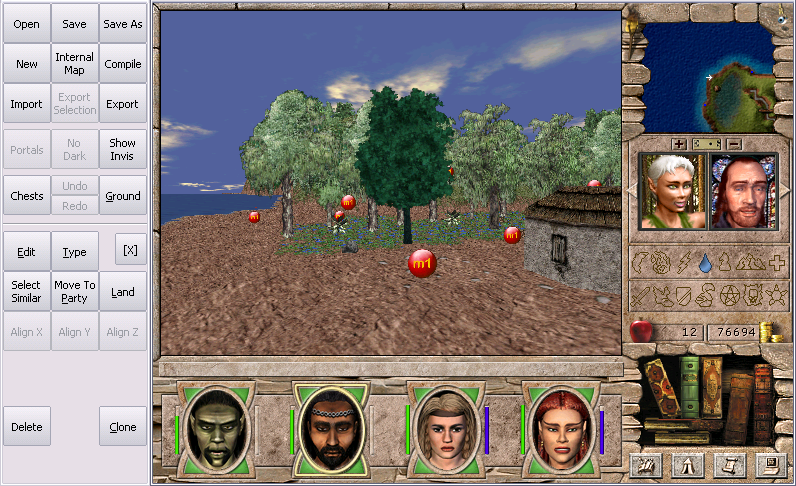 MMExtension is a rich modding environment for MM6-8. It features a level editor, uses Lua scripting language, lets you use all commands of internal M&M scripts language (evt commands) and lets you do a lot of other things. In future it can be extended with commands modders need. Note that on first two launches there is a long delay due to Data\Tables generation.

Download Fixed Monster Treasure script
This script makes it so that moster treasure is generated when you enter a map and then doesn't change upon reloading the game.

Download decompiled scripts of all games
See the Reference Manual for more info on how to use them. In any case, they're a great example of Evt commands usage.

Discussion
A topic for MMExtension discussion.

Below is a small Help for MMExtension. Make sure you look at example quests. You can find more examples in the discussion thread (linked just above).

Reference manual also comes with MMExtension. This is the online version of it.
If you are browsing from mobile, open it in FireFox, because mobile Chrome has issues with such big documents.